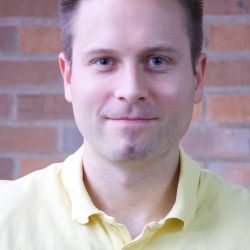 Raphael J. Nawrotzki is a postdoctoral associate for the University of Minnesota Population Center on the Terra Populus project. His research centers on the relationship between environment and society, with a focus on rural livelihoods. Among other topics, he has investigated determinants of environmental concern, the connection between climate change and migration patterns, and the association between livelihood capitals and food security. He received his PhD from the University of Colorado Boulder.

In developing countries, rural households often employ migration as a livelihood strategy to diversify their income portfolio through remittances. If adverse climate change undermines agriculture-based income and sustenance, households can rely on remittances to support vital household functions such as provision of food, housing, and education of children. In this way, international migration and access to remittances is used as an informal insurance mechanism to guard against the adverse impacts of climate change. Whether households revert to migration also depends on the historical, cultural, and political context, and recent scholarship has emphasized the importance of social networks for the climate-migration relationship.

Social networks are forged through the connections between people in origin and destination countries, which may then lower the cost of an international move through information on the destination labor market and through information on the migration process itself. Once established, these social networks may form migrant corridors, which may strongly facilitate transnational migration. In the presence of established social networks, even small climatic triggers may lead to massive livelihood-based migration responses. We term this relationship the amplification mechanism. Network-facilitated climate migration is of particular concern to industrialized nations with established labor migration ties to developing countries. There have been fears of large numbers of poor people from developing countries migrating to industrialized nations in response to climate change.

We set out to find empirical evidence for or against the amplification mechanism and the results of this study have been published in Global Environmental Change. Our study focused on rural Mexican households, which heavily depend on agriculture for sustenance and income generation, making them highly vulnerable to the impacts of adverse climate change. Moreover, rural Mexico provides a unique case for the study of social network’s influence on climate migration because century-long labor migration from Mexico to the U.S. has led to the establishment of dense transnational ties connecting the two countries.

For this study, we combined detailed migration histories with daily temperature and precipitation records for a 40-year period that allowed us to compute a set of 15 climate change indices.

We measured social networks in terms of prior migration experience at the household level and the prevalence of return-migrants in the community.

Surprisingly, the results from sophisticated statistical models revealed that adverse climatic conditions such as heat waves and rainfall decline increased international migration only in the absence of social networks. As soon as strong social networks were present, climate change ceased to have any effect on migration. Contrary to popular beliefs, social networks, therefore, appear to suppress rather than amplify climate migration. One explanation for this effect is that networks may facilitate climate change adaptation. Through established transnational networks, rural Mexican households receive remittances and knowledge that can be used to adapt to climate change in their local communities. For example, households may learn from their relatives and friends who reside in the U.S. how to use drip irrigation systems and receive the necessary funds to implement this technology on their own fields.

The results from our study suggest that social networks may help vulnerable rural households to adapt to climate change. Policies and programs that help facilitate the transfer of knowledge and funds through established social networks may reduce climate-related migration from developing countries to industrialized nations.