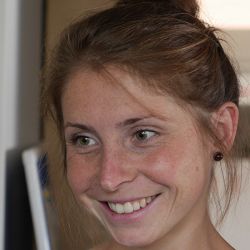 “Rice is life and maize is money” is a popular saying in Thailand. That’s not all that shapes rural livelihoods in Thailand though – internal migration is a driving force. People are highly mobile in Thailand and that mobility is a crucial part of people’s lives. In my research I use a translocal approach to analyze internal migration as one category of people’s movements. Internal migration in Thailand comprises varied types of movements, as reasons, personal motivations, destinations, trajectories, socio-economic conditions in sending and receiving areas differ, among other things. Therefore, different migration types can be distinguished, such as short- or long-term movements, seasonal migration, return migration, zig-zag migration, rural-urban migration, labor migration, or migration for education, and others. In order to better understand such patterns in a Thai context, I chose a multi-sited approach for my empirical research.

After our first joint field trip to Thailand in July 2014 for site selection purposes, I got a rough idea of what my empirical research on ‘translocal social practices’ would be when it came to patterns, paths, and effects of internal migration in Thailand. In the midst of doing research on internal migration in Thailand, my approach to multi-sited ethnography and “following people” has evolved. I’ve asked myself more than once: ‘Am I actually applying ethnographic methods?’

The concept of ‘multi-sited ethnography,’ as it was coined by the anthropologist George Marcus 20 years ago, takes into account the fact that locations of cultural production have transformed. In a culturally, economically, and politically highly interconnected ‘globalized’ world, studying cultural practices, “lifeworlds”, and people’s rationalities at one site requires following relations to people and places at other sites, as well as understanding that one will affect the other by virtue of their linkage. Multi-sited ethnography thus emphasizes that research sites can no longer be conceptualized as located in one certain geographical place and it recognizes the relations and networks of sites which connect each site with other places, actors on other levels, in other fields etc. instead of simply being dominated by ‘a system’. Therefore, the ethnographer leaves the conventional single site of local situations and examines circulating cultural meanings, objects, and identities.

But in reality – what does this imply, and how is it supposed to work?

There are certain “tracking strategies,” as Marcus points out, which are based on following connections, associations, relationships – not only of single actors, but also those of and between institutions of states, markets, media, universities, for instance. This implies, in practical terms and in my case, following paths and relations of internal migrants in Thailand between their multiple places of living and working and ‘home’. Besides following people or internal migrants themselves; I am ‘tracking’ patterns of internal migration as a process and as a practice in Thailand. So besides following supposedly existing relations, I as a researcher am present within the multi-sited field that I am also partially producing by myself. This actually relates to one of ethnography’s key characteristics, which is ‘making the cut’ as a researcher, i.e. taking responsibility for the ‘field’ of one’s ethnographic research as a construct with meaningfully drawn boundaries.

Multi-sited ethnography has been criticized for its supposed lack of “ethnographic authority,” as following relations across space implies taking one’s multi-sited research field for granted as existent. However, this is only partially true – as I explained before with the example of my research. This multi-sited field in and on which research is done is rather co-produced by the researcher and the people and relations she or he follows – or as Falzon states, it is a product of “complicity” (2009).

Another criticism of multi-sited ethnography is that of lacking ethnographic density or depth. In the real world there are certain constraints to conducting empirical research, which are among other things, the usual suspects: time and money. This obviously holds true for doing multi-sited research, too, especially as such an approach requires the researcher to actually go to multiple sites and therefore to be mobile. This certainly results in not spending extended periods of time at one research site which has been the standard in classical anthropology. As a matter of fact, multi-sited research cannot comply with this conventional paradigm, because following includes virtually travelling as well as allocating time for multiple stays at different sites.

I have experienced this in my own case: my stay in Thailand has mainly been characterized by mobility. Of course, I have managed to stay in one type of research site consecutively for extended periods of time. At the same time, the reality of ‘being in the field’ requires the researcher to be flexible – about time and planning, for instance. But it was also about gauging the time to move on, and explore the other ‘puzzle pieces’ of my multi-sited research, which are the everyday lives of internal migrants in their current living places. For the time being, it has led me to the “Bangkok Metropolitan Region” because – as internal migration in Thailand is multi-faceted, I intend to follow different types of internal migrants and hence also multiple internal migrants themselves. At times I feel like I am constantly travelling, constantly going around, constantly being on the move. I started being concerned about not having enough time to actually meet and communicate face-to-face in-depth with those people whose modes of living as internal migrants I seek to analyze.

However, the corollary of following, that is virtually travelling, is not necessarily a lack of ethnographic depth. Multi-sited research does allow for such intensity by experiencing the world as those people do that the researcher is interested in. Travelling obviously consumes time that cannot be spent in a certain place. And yet this active part of following is at the same time part of doing ethnography, of being a “participant observer” in that case. It does help to create that “ethnographic depth”, indeed.

So in the end, there are textbooks and there is reality… And there can be compromises. In my case, I’ve come to terms with the consensus that multi-sited ethnography should allow for more than studying one specific group of people or one specific cultural practice in one locality only, but should help to expand the researcher’s activity to the multiple locations in order to understand certain relations. Consequently, the compromises arise that I described before: the co-production of the research field is not a contradiction to ethnography and a researcher’s mobility allows ethnographic depth. I would consider this as useful compromises between ethnography in theory and the reality of applying multi-sited research in order for the latter to not lose its ethnographic character.