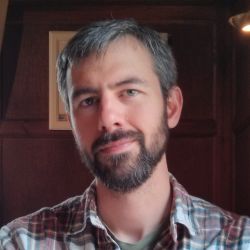 Christopher Lyon is a PhD candidate in geography at the Centre for Environmental Change and Human Resilience at the University of Dundee, Scotland. His research explores the social dimensions of resilience and transformation.

Place, Translocality, and the Ontology Behind Resilience

Resilience and place have a complex relationship. People’s relationships with place (the geographic locales they inhabit) may constrain and or enable resilience in the face of changes. The era of global environmental change challenges relationships with place as the places themselves may change through the decline of local resource-driven economies, ecological changes that impact habitability, and so on. For those communities and people who elect to attempt to adapt to change in place, the relationship evolves.

In a recent paper, I identified and discussed the systemic interaction of three dimensions (incarnate, chimerical, and discarnate), which I call the ‘place system’ of place with two small Canadian villages of about 1200 people as they navigated the loss of their livelihood following forestry sawmill closures. In this blogpost, I reflect on the implications of the discarnate dimension, locality and translocality, and the ontology behind resilience.

Incarnate place is the term given to physical place-based assets such as services and built infrastructure (which can also include natural environment). Chimerical place is the complex affective relationship and sentiments individuals have with place that can include feelings of attachment. Discarnate place is place at the unconscious level, evidenced in everyday manifestations of place within local discourses and practices that may not be consciously recognised as such. Both communities mobilised three dimensions in different ways, most notably regarding the way mill and non-mill discourses and consequent resilient practices occurred in each location. One community still mobilised a mill-discourse and used mill-era social activities as a means of rejuvenating the community. The other had a much stronger emphasis on social capital discourses and practices (e.g. helping neighbours in need), with little emphasis on the role of the mill in facilitating post-mill resilience. In both communities, only a small number of people emigrated to pursue other economic opportunities, but most sought ways to make-do with staying in place.

As such, these findings serve as a reminder, and perhaps a caution, that despite translocal interconnectedness, many highly localized places and communities remain and may find some forms of resilience (or vulnerability) in maintaining forms of localized discourses and practices. It is also possible that places will resist evolving or new considerations of their relationships with translocal or extralocal happenings. For example, in a scoping trip to five similar communities prior to the research conducted above, interviews with economic development officers in each showed only one that paid attention to global processes that impacted the community.

The lack of a clear emphasis or embrace of affective translocal orientations in certain places may highlight differences in ontological orientations. Recent discussions of resilience governance by David Chandler and others point out that ‘modern’ liberal democratic forms of governance struggle in a complex, dynamic non-linear world because they are rooted in the view that reality is linear, discretely structured, and binary, with separations between society and government, society and nature, and so on. In resilience thinking, reality is complex, dynamic, and nonlinear, with no more than analytical separations between aspects of society and nature. Thus, a community (or government) resistant to or controlling translocal forces (e.g. globalisation driven economic changes or state borders in the face of long-term flows of refugee migrants due to environmental change and conflict) might be understood to have a fundamental issue of its perception of reality not matching reality.

...a community (or government) resistant to or controlling translocal forces (e.g. globalisation driven economic changes or state borders in the face of long-term flows of refugee migrants due to environmental change and conflict) might be understood to have a fundamental issue of its perception of reality not matching reality"

The uncritical and unacknowledged perception of reality might thus be read as a manifestation of the discarnate dimension of place writ large. It is reflected in the vernacular discourses and practices of communities and governments, as these describe the unconscious lens through which they respond to events that affect place, whether place is understood as, for example, a household, a village, a state, or the EU, or some form of community within them.

The relationship between resilience and locality and translocality thus becomes a question of the [in]compatibility of localized understandings of place with events in a complex, dynamic, non-linear reality. What, then, are the implications for practice and research of considering resilience first and foremost as an ontological concept? Is it more useful to jump in at this ‘deep-end’ first, in order to inspire or provoke a critical reflection on one’s relationship with what is considered reality?

Photo Credits: Cropped part of book cover: Routledge // refugees at the border crossing between Serbia and Croatia 2015: Trocaire under CC BY 2.0