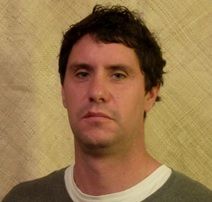 Loic Le Dé recently submitted his PhD thesis and holds a position of Professional Teaching Fellow at the University of Auckland, New Zealand. His work focuses on disaster risk reduction, migration and remittances, livelihoods assessment, post-disaster recovery, and in developing participatory tools for disaster risk management. He has been/is involved in a number of projects in New Zealand, Samoa, New Caledonia, and Vanuatu.

For many households of low-income countries, remittances are important on a day-to-day basis. This resource can become even more important to overcome disasters. This is particularly true for Small Island Developing States (SIDS) that have both high levels of remittances (about two times more than the so-called developing countries) and significant vulnerability to disasters. A three-year study was conducted to understand the role of remittances in disaster. Fieldwork involved participatory methods and interviews. It took place in Samoa, a SIDS located in the Pacific region, and in New Zealand, where most Samoan migrants live. Some of the key findings are presented here. Potential measures that can be implemented to include remittances in policies targeting disaster risk reduction (DRR) and disaster management (DM) are then briefly outlined.

The significance of remittances in disaster

In September 2009, Samoa was hit by a tsunami and in December 2012 cyclone Evan severely impacted the country. Findings indicated that migrants could respond very fast during disasters, sending remittances in days or even hours following such events. In fact, some studies showed that sometimes remittances reach those impacted before humanitarian aid. In Samoa, remittances enabled the receivers to cope more easily with emergency needs, such as buying food, clothing, or getting access to health care. Furthermore, remittances were sent during months or even years after disasters, thus also contributing to fast recovery. For example, disaster-impacted households could more rapidly fund the rebuilding of damaged or destroyed houses, compensate income losses (e.g. agricultural production, jobs), pay for education fees, or re-establish businesses.

Remittances were generally used to rebuild churches and community houses. In one village, they contributed to repairing a fresh water system broken during cyclone Evan. Indeed, remittances did not only have positive effects at household-level but also benefited whole villages socially, culturally, and physically. Besides, remittances tended to fuel the local economy, such as when directed to housing/building reconstruction, restoration of agricultural activity, and local businesses. After the 2009 tsunami, one of the households interviewed even reported sharing remittances with a neighboring family who was particularly struggling. The household explained: “this family was very poor and it was difficult for them. So we decided to help them, to share the remittances we got from overseas”.

Of course, the migration-remittances nexus also has negative facets. Firstly, migration in order to remit may create new vulnerability patterns in the place of origin. As an example, husbands leaving their wives with children on their own potentially made them more vulnerable to disasters. Secondly, it was found that the poorest generally have lower access to remittances than the wealthier households. Following cyclone Evan, the poor received little to no remittances and both inequalities and vulnerabilities existing pre-disaster tended to be increased or at least reproduced post-disaster. Lastly, remitting in the aftermath of disasters could place a strong financial burden on some migrants. For Samoans living in New Zealand and remitting post-tsunami, it often meant reducing daily expenses and having to request bank loans.

Social and cultural implications of remittances

Remittances are not just money. Findings showed that the social and cultural ties that link remittance receivers and senders were often enhanced during and after disasters. In Samoa, people explained that having their family supporting them physically and emotionally were important elements to the recovery. For migrants, remitting in a disaster context was a way to express their identity and cultural values. For example, one migrant explained: “we believe our families come first. It has always been our first priority”. Others asserted “What happened there we all feel it” and “if it would happen again tomorrow, we would do it [supporting families] again”.

In the last few years, remittances became one of the central means by which people from low-income countries deal with disasters. While remittances do not replace governments’ or NGOs’ assistance, there is undoubtedly a need for agencies involved in DRR and DM to consider this mechanism in their actions and programs. Potential measures and practices may include:

Building on migrants to provide aid:

For governments and aid agencies, considering remittances in relief actions and DRR programs appears necessary for both improving humanitarian assistance and reducing the risk of disaster. Addressing these issues is particularly urgent in the context of SIDS. Surely, this requires involving migrants and remittances receivers on one hand, and more cooperation between governments, aid agencies, and the private sector (banks, money transfer agents, phone companies) on the other hand.