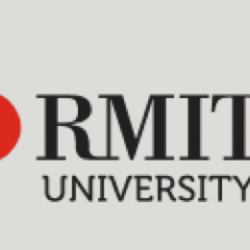 Resilience to Climate Change - Are We Talking about the Same Thing?

Resilience is the new sustainability – or so you could easily come to think when you read through the plethora of new policy documents, publications, funding schemes, and projects. Almost every single sector and academic discipline seems to have fallen in love with the term. Whether or not you think it is a good thing that more people think about ideas of resilience now than ten years ago, it begs the question of what we actually mean when we use the term – especially as it is increasingly entering the mainstream. And perhaps more importantly, if we use it in different ways, can we distinguish different predominant meanings that make most sense in particular areas of research, policy, and practice?

In recent years, academics from a range of disciplines (including myself) have been fascinated by the idea of resilience and they have applied these to their respective fields of research. Originally a concept developed by the Canadian ecologist Crawford Stanley Holling in 1973, it has quickly spread across disciplines as varied as psychology, engineering and, of course, human geography and the social sciences more broadly. Holling defined two forms of resilience in respect to ecosystems: engineering and ecological resilience. Engineering resilience, he argued, was the ability of a system to return to a steady state after a disturbance, such as a natural disaster. In its application to human life and communities, you could also think of such disturbances as socio-economic crises, such as the Global Financial Crisis, or periods of political unrest. The point is that an engineering view of resilience assumes that a resilient system will rapidly ‘bounce back’ to its original state, prior to the disruption, whereas less resilient systems won’t be able to do so as quickly or not entirely.

Ecological resilience, as Holling argued, differs from that in that resilience is not merely about a system’s ability to bounce back after a shock but, rather, that resilience signifies the magnitude of impact that can be absorbed by the system before it alters its structure. The main difference is that an ecological notion of resilience assumes that there is no such thing as one single equilibrium.

A couple of years ago, a number of scholars, including myself and Darryn McEvoy, discussed these various notions of resilience with our colleagues Simin Davoudi, Libby Porter, and others, in a special Interface issue of the journal Planning Theory & Practice. There, Simin Davoudi had proposed that we need to move towards an evolutionary interpretation of resilience if we want to successfully apply it to complex planning questions, such as how to adapt to climate change. In contrast to the notions of engineering and ecological resilience, Davoudi argues that a socio-ecological system (as many prefer to call the complex webs of human and non-human interaction that make up our planet) is resilient if it is able to change, adapt, and transform in response to stresses – rather than return to some sort of equilibrium. Systems inherently change all the time, whether there is an external stressor such as climate change or not – but the question is to what extent can they continue to do so and adapt to runaway climate change without collapsing altogether?

The differences across these three interpretations of resilience – engineering, ecological, and evolutionary – are vast, and they can have massive implications on the use of the term in policy and practice. If you are working in a project on resilience, such as the TransRe project, you need to ask yourself: what notion of resilience are we using, and how could that affect project methodology, findings, and outcomes? Of course you could think of many more definitions of resilience but, in my experience, the ones I mentioned above provide a nice, manageable diagnostic framework that can be used to better understand the use of the term resilience as well as to purposefully design research and practice projects.

It’s interesting to work with these three interpretations of resilience to detect how policymakers commonly refer to the term in climate change adaptation. As we have argued in our special issue, the engineering resilience framing corresponds best with seeing climate change adaptation as an end point – a state of ‘equilibrium’ vis-à-vis climate change that can be reached – you have guessed it - by engineering measures. Sea walls and flood levees not only assume that we humans can control the natural world; they also assume that adaptation to climate change is a particular ‘project’ within this quest for control that, once implemented, will make us resilient for the future.

Ecological resilience, on the other hand, seems to be most promising in the context of better understanding the tipping points of climate change; that is, where a system, such as a coastal nature reserve, may be tipped into an alternate state, e.g. due to saltwater intrusion to areas previously dominated by freshwater.

But what about evolutionary resilience and its application to climate change adaptation? Well, in the Australian context that I am most familiar with, there isn’t much evidence of a truly evolutionary application of resilience. Such a view would require moving away from framing climate change adaptation as ‘climate risk management’, which is still the most common way of framing adaptation in this country. It would involve getting to know the systems under consideration much better, e.g. by sharpening our understanding of the social and institutional drivers of resilience. It would also entail accepting that climate science can only help us so much in projecting and forecasting climate change impacts, and that systems may change in unpredictable, unknowable ways. These are scary thoughts for policy makers but if we were able to truly embrace an evolutionary understanding of resilience, we would need to face up to the fact that our best investment in adaptation (besides rapidly reducing greenhouse gas emissions) is to develop the ability of our socio-ecological systems to be flexible, to learn quickly and dynamically, and to make better use of existing resources to strengthen the very foundations of our life on planet Earth.