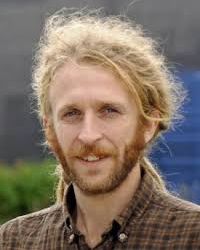 Giovanni Bettini is a Lecturer at the Lancaster Environmental Centre (Lancaster University) and holds a PhD from Lund University (Sweden). The focus of his work is on the genealogy and political effects of discourses on climate change, population, and international development, with a particular interest in the connections between climate change, adaptation, and mobility.

What Can and Should We Expect from COP21 on Climate Migration?

Will a climate displacement facility be established within the remit of the United Nations Framework Convention on Climate Change (UNFCCC), and (how) will the role of migration as an adaptation strategy be acknowledged? With the Paris summit just around the corner, these are all salient questions. Another one, perhaps more disturbing is: what impacts would the inclusion of migration in the new climate treaty have on vulnerable populations and on the life of migrants?

Mobility is hotter than ever

For sure, the recent ‘refugee crisis’ and the series of hecatombs in the Mediterranean are a powerful reminder of the urgency of climate migration – and of States’ complicity with the death and suffering of migrants, even or especially in Europe. Many of the bodies drowning or shot while trying to jump over a fence probably carry on their skin also the signs of climate change. Climate change will hit hardest on the weakest and most exposed – which often include migrants as well as those too poor to move. Indeed, (im)mobility is going to be one of the currencies in which the vulnerable will pay the price of climate inaction. Therefore, we should acknowledge the efforts by activists, researchers, and practitioners to enhance the understanding of climate-mobility linkages, and to put them on the agenda – on this blog, see these posts as examples.

In this post I will argue that while we cannot hope for very much from the Paris summit, we also should not hope much – which is slightly more controversial. There are a number of tensions between the inherently political, divisive character of migration and the current state of international climate policy.

We cannot hope for very much from #COP21 on #climate #migration

Moreover, while the magnitude of the epochal challenges posed by the climate-migration nexus call for imaginative responses and radical openness, the various responses proposed in and around the UNFCCC orbit amount to little more than depoliticizing calls for ‘more of the same’, thereby giving little hope for the emergence of progressive approaches.

On the road to Paris

A mixture of expectations and malaise accompany the approach of COPs (Conference of the Parties to UNFCCC). Every time, the stakes are higher, as are the number of past failures (see recent post). In a few weeks, we will know whether the mountain (or the Eiffel Tower, in this case) will give birth to a little mouse or to a big treaty. We will also know if and how mobility will be mentioned. Displacement and migration (after a brief disappearance in a whirl of rumors and multiple draft versions) appears in the newest draft agreement that will be put forward at the Paris summit. It re-launches the call to address climate migration that was first made in the 2010 Cancun Agreements and moves to establish an ad-hoc coordination facility to address climate-induced displacement.

Migration is too controversial for ‘Climate diplomacy 2.0’

But back to our questions, why is it so that we cannot expect too much from the outcomes of the summit? For sure, a grain of disillusion is healthy given past COP failures. More specifically, migration is too tricky for this phase of climate negotiations. A sort of ‘climate diplomacy 2.0’ is emerging – some hard lessons from past anti-climaxes have been taken, and a more gradual, piecemeal, and polycentric approach to climate action is prevailing (for an analysis of the aftermath of the 2009 Copenhagen fiasco, see this book). The UNFCCC is promoting a very pragmatic view on what would count as success in Paris – these recent interventions by UNFCCC executive secretary Christina Figueres are revealing. The summit ‘only’ needs to be a turning point, the first step in the right direction – the priority is to get an agreement signed, thereby inverting a trend. When trying to reach a consensus among a rank of bellicose actors (states) on a number of financially and politically divisive matters, is it reasonable to expect any measures (beyond declarations of intents) on the controversial issue of migration? For instance, can we really expect from the Paris summit any serious agreement on the facilitation of the right to move for marginalized populations? If we need a reminder of the divisive character of mobility, we just need to recall the ways in which the ‘refugee crisis’ around the Mediterranean has shaken the very foundations of the European material and legal constitution, bringing to the surface (while migrant bodies were sinking in the Mediterranean) the highly political and contentious character of asylum and migration.

Should we hope to see migration polic(i)ed by UNFCCC?

Let us now look at the second proposition. Are we really sure we want the issue of mobility to be polic(i)ed within climate policy and legislation? From a progressive angle (solidary, anticolonial, democratic, emancipatory), it is probably better if UNFCCC does not legislate on migration, for at least a couple of reasons.

To begin with, environmentalist and climate discourses have been haunted from their cradle by the Malthusian obsession with the ‘danger’ posed by ‘underdeveloped’ populations in the global south – specters that still linger in the room of mainstream climate politics (on this, see this recent book). These specters re-emerge in the idea of mounting waves of climate refugees from the global South, which bring about a far-from-emancipatory racialized and securitized view on vulnerability and mobility. Are these good starting points for a progressive agenda on climate (and) migration?

Into the abyss of the political…

There is another reason why we should hope that the UNFCCC does not rule on migration. A 2, 3 or even 4 °C warmer planet is a largely unknown place, where people will understand, plan and fight for their (im)mobility in ways different than today’s. Visualizing and acting through such transitions requires a radical imaginative openness, which is a precondition for a politics striving for solidarity and just approaches to the changes, able to go beyond business-as-usual. Can we expect this from the UNFCCC?

If we look at how climate migration has been understood in mainstream arenas and how it will be (re)presented in Paris, the picture is not very rosy. We have been haunted by the figure of climate refugees (a distillate of colonial imaginaries and Malthusian specters), and recently we have also seen the affirmation of biopolitical discourses that promote (governed) migration as a possible legitimate adaptation strategy (for a critique, see these articles).

Taken together, these approaches re-propose the mainstream recipes in the fields of development and humanitarian aid, neoliberal migration governance, risk management, and resilience. The coexistence of apocalyptic imaginaries (the dystopian hordes of climate barbarians at the gate) and mundane governance mechanisms (policies that disciplined migrant workers as adaptive subjects) result in functional to a post-political re-production of the neoliberal status quo. To the radical transformations associated to a 3 or 4 °C warmer planet, the different discourses on climate migration respond with ‘more of the same’, making sure that nothing (e.g. resource and rights distribution) can change even in the front of epochal changes.

There is no escape from the ‘political abyss’ asso. w.#migration/#mobility – even more so when linked2#climatechange

Is there any alternative? A precondition for any radical/emancipatory approach is the recognition that there is no escape from the ‘political abyss’ associated with migration/mobility – even more so when linked to climate change.

Humanitarian and neoliberal discourses on migration governance are both shortcuts that repress what is at stake – the irreducibly political tension that characterizes every form of mobility and every attempt to discipline/govern it.

We should hope that migration is discussed in Paris of course. But not as a contingent ‘problem’ to be solved, rather as a surface for the emersion of struggles for anticolonial, progressive, and egalitarian politics of climate and mobility.